5 Comments Posted by The Displaced Nation Team on January 14, 2017 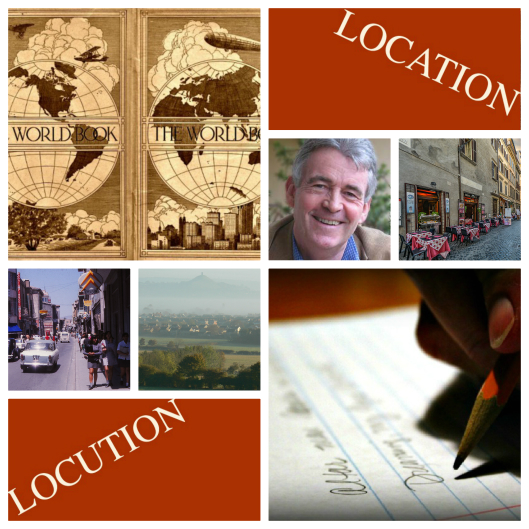 Tracey Warr is here with the extraordinary Simon Mawer, whose work is on a par with Australian-born, U.S.-based Peter Carey and Sri Lankan-born Canadian Michael Ondaatje. Like them, he has used his displacement to produce an award-winning body of fiction.

My guest this month is world-class novelist Simon Mawer.

As ML implied, Mawer is a natural fit for the Displaced Nation. Though British, he has lived in Italy for many years and to this day finds his imagination fired by the extraordinary and the unfamiliar.

He also had a peripatetic upbringing. His father served in the Royal Air Force, and his family spent three years on the island of Cyprus—an experience that informed his novel Swimming to Ithaca (2006)—and a total of five years in Malta.

About his childhood spent in other cultures, Mawer has this to say:

These experiences planted in me a love of the Mediterranean world which has lasted my whole life. They also gave me a taste for exile which I have never lost. When people ask me where I come from I am still unable to reply. I have lived in Italy for more than three decades, but Italy is not home. Home is where the mind is, perhaps.

Returning to the UK for boarding school, Mawer attended Oxford University where he earned a degree in zoology. He spent three years teaching biology at the secondary-school level in the Channel Islands, two years in Scotland, and two in Malta, before moving to Rome where he has lived ever since, teaching biology for over thirty years at St George’s British International School in Rome (he retired in 2010). Because teaching took up so much of his time, he didn’t publish his first novel, Chimera, until age 40, when he sold it to Hamish Hamilton.

Mawer’s ten novels are imbued with a compelling sense of time and place. His characters grapple with their own fraught and hybrid identities. The Bitter Cross (1992) is the only one set in the distant past: taking place in the 16th-century Mediterranean, it explores the theme of exile and belonging through the eyes of one of the last of the English knights, from the vantage point of retirement on the fortress island of Malta.

Welcome, Simon, to Location, Locution. Which tends to come first when you get an idea for a new book: story or location?

This very much depends on the book. Most begin with an idea—for example my last pair of novels, The Girl Who Fell From The Sky (Trapeze, in the US) and Tightrope, began with the idea of a young woman—a mere 19 years old—being recruited into a clandestine warfare outfit in the middle of the Second World War. Everything else followed from that. Similarly The Fall began with a literal fall, in this case the fall of a climber from a mountain wall. But once I’d got a mountain involved it was pretty obvious that location was going to become important. Indeed the Sunday Times reviewer drew attention to precisely this:

“What makes The Fall truly valuable, and truly unusual is its sense of landscape. Much British writing these days seems to be self-consciously urban. Mawer’s novel, distinguished by its keen descriptive sense of rock-face, crag, lake, snow and stone, bucks that trend beautifully.”

However, two novels later The Glass Room most definitely began with a location—the mesmerising Tugendhat House in the Czech Republic that I first visited in 1994. Standing in rooms that seemed to have barely changed from the 1930s, in a building that to this day remains a touchstone for modernist design, it was obvious for me to think, “There’s a story here.” I’m a writer of fiction so the subsequent story had to be my own creation rather than the true story of the family that built the house; but there is no doubt that location came first.

What is your technique for evoking the atmosphere of the various places where you’ve set your four novels?

If there were only one technique it would be easy (and dull). There are many techniques but for me underlying everything is the idea that the reader must do some work. The writer’s task is to stir the imagination not replace it. So you evoke place with small hints, little details, small observations, and you rely on the intelligence of the reader to create the whole picture in his or her head. Don’t underestimate the literary intelligence of the reader—the ones without it are probably watching TV anyway. At best they’ll only be reading Dan Brown.

It depends on the location. For landscape one tends to resort to descriptive devices, leavened with metaphor of course. But it’s important not to overdo it and to restrain yourself from indulging in purple prose. Description should be brushed into the narrative with rapid, impressionist strokes. Urban locations, on the other hand, lend themselves to cultural references (see the example below).

How about Paris immediately after the war, as described in Tightrope:

Her first visit to the city since the war. Paris with a superficial gloss to it, like a piece of silver plate that has been polished up but is still worn away in places to show the base metal beneath: the drab buildings in need of cleaning, the broken pavements, the impoverished shops. But Paris with a strange, febrile vitality, Paris that was home to the theatre of the absurd and was itself a kind of theatre with people performing on its various stages, writers in the cafés of the Left Bank, politicians treading the boards of the National Assembly or berating crowds in place de la Bastille, black jazzmen from America sounding off in basements and cellars, models strutting on catwalks wearing clothes that outraged the poor of Saint-Denis and Belleville, tarts and pimps on the pavements of Pigalle. Paris canaille.

Paris canaille? Coarse, tawdry, crooked Paris. It’s the title of a song of the time written by Léo Ferré and first made popular by Catherine Sauvage. If the readers get that, great. If not, it doesn’t matter. But give them the opportunity to find out if they want to. You’ll find it here.

It is possible to know a place too well. I have lived in Italy for about 40 years and have written very little that is set in this country. It is too familiar to me (yes, Italy can become too familiar!). What fires my imagination is the extraordinary and the unfamiliar—so I’ve set novels in Israel/Palestine, Czechoslovakia, World War II London, Cyprus, 16th-century Malta. Of course once your imagination has been lit, then it is necessary to get to know the place sufficiently to write about it with conviction without ever losing the sense of newness and discovery.

Perhaps one writer above all: Graham Greene. He was a master at location, so much so that critics even bestowed his name on the world that his characters inhabit: Greeneland. You know it. It’s hot, arid, run down, plagued with dust and corruption and lost faith. That’s the ultimate achievement, to create a world so vivid that it transcends any real location and instead belongs entirely to you, the creator.

So true! I should tell you that my last guest, the novelist Dinah Jefferies, chose one of your books—The Girl Who Fell from the Sky—in answer to this question.

Thanks so much, Simon, for joining us. It’s been a pleasure, as always.

Readers, any questions for Simon? Please leave them in the comments below.

Thank you so much, Tracey and Simon! I have to say I’m particularly intrigued by Simon’s statement that he’s written very little in Italy despite (because of?) having lived 40 years in the country. That suggests that we international creatives should get started sooner rather than later if we decide to write about our adopted homes! —ML Awanohara

Tracey Warr is an English writer living mostly in France. She has published two medieval novels with Impress Books. She recently published, in English and French, a future fiction novella, Meanda, set on a watery exoplanet, as an Amazon Kindle ebook. Her latest medieval novel, Conquest: Daughter of the Last King, set in 12th-century Wales and England, came out in October.