1 Comment Posted by The Displaced Nation Team on September 17, 2016 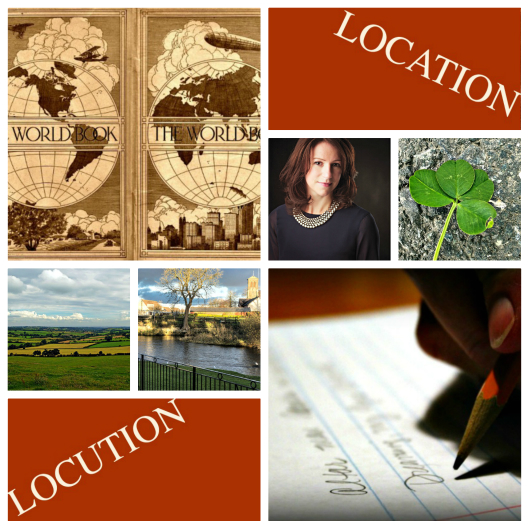 Tracey Warr is here with fellow historical novelist Hazel Gaynor. As it happens, I recently read her book Memories of Violets, which makes me think we’re in for a treat!

My guest this month is Hazel Gaynor. Originally from North Yorkshire, England, Hazel moved to Kildare, Ireland, in 2001, where she has lived since with her husband and two children. Both her place of origin, England, and her adoptive country, Ireland, feature in her fiction writing, and travel, along with adventure and displacement, is a recurring trope in her work, which thus far has to do with the lives of women of bygone eras whose stories have never been fully told.

This summer Hazel published her third novel, The Girl from the Savoy, which conjures up a vivid picture of London and social change in the 1920s. It tells the story of two women from very different backgrounds. Dolly is a new chambermaid at London’s iconic Savoy Hotel and longs for a better life. Loretta is a famous actress in the West End. Both are struggling in the aftermath of the Great War. The book came out in June and is already an Irish Times and Globe & Mail Canada bestseller.

I suspect that like ML, some of you are familiar with Hazel’s previous two novels:

Hazel is also one of nine authors to contribute a short story to the World War I anthology Fall of Poppies: Stories of Love and the Great War (2016). Her story, “Hush,” shows midwife Annie Rawlins doing everything she can to save an infant’s life, while her son, fighting in France, does everything he can to preserve his life in hopes of making it to the end of the war. Hazel’s work has been translated into several languages and she is represented by Michelle Brower of Kuhn Projects/Zachary Shuster Harmsworth, New York.

And now let’s hear from Hazel about what techniques she uses to conjure up the lives of women in the early 20th century who, like you and me, opted not to stay put in the place where they were born and sought a more adventuresome life.

Welcome, Hazel, to Location, Locution. Obviously, as a historical novelist, you are inspired by the past. But which tends to come first when you get an idea for a new book: story or location?

The idea for The Girl from the Savoy initially developed from a conversation with my editor and our mutual love of the 1920s. This was a period of real social change—especially for women—and that always allows for a great story. I knew I wanted to set the story in London, and that it would revolve around an ordinary working girl who had access to the glamorous women she admired and aspired to be like. The social scene of London’s iconic hotels during this era was the perfect setting. When I started researching the history of The Savoy I found so many fascinating accounts of famous people who had dined and stayed there. I imagined the young chambermaids gossiping about the hotel guests in their room late at night, and the story developed from there.

What was your technique for evoking the atmosphere of 1920s London and the Savoy Hotel?

It starts with lots of research so that I understand both the location and the historical era I’m writing in. I love the process of discovery and research and I’m always surprised by what I learn. In researching The Girl from the Savoy I spent an amazing afternoon with the archivist at The Savoy hotel. Sitting in the stunning foyer, talking through the hotel’s rich history was really special. I also spent several afternoons at the Victoria and Albert Museum’s Theatre and Performance Archives, reading through scrapbooks of famous actresses and theatrical producers of the 1920s, which was incredibly inspiring. To help recreate the atmosphere of a particular time and place for the modern reader, I make ample use of the five senses, sound and smell especially, as well as visual description.

It depends on the novel. In The Girl Who Came Home, my novel about Irish emigrants on the Titanic, it was partly about depicting the simplicity of the rural Irish landscape and Irish culture, but also about recreating for the reader the sheer scale of The Titanic, and the chaos of the sinking. The central present-day character in A Memory of Violets is Tilly Harper, who leaves the sweeping landscape of the Lake District for the claustrophobic bustle and noise of Victorian London, to take up the job of assistant housemother at Mr. Shaw’s Home for Watercress and Flower Girls (based on the real-life story of John Groom’s Flower Mission). In The Girl from the Savoy my main locations are London and The Savoy, so I focused on capturing the contrast between the glamour of the hotel guests with the simplicity of my character Dolly’s life “downstairs” at the hotel. Culture—especially fashion and music—was also important in creating a real sense of era and location and really capturing that 1920s vibe.

From the opening chapter of The Girl from the Savoy:

I pass bicycle shops and tobacconists, wine merchants drapers and milliners, the rain falling in great curtains around me as I catch my reflection in the shop windows. I dodge newspaper vendors and sidestep a huddle of gentlemen in bowler hats as tramcars and motorcars rattle along the road beside me, clanging their bells and tooting their horns. Cries of the street sellers and the pounding hooves of a dray horse add to the jumble of noise. My stomach tumbles like a butter churn, excited and terrified by the prospect of my new position as a maid at The Savoy hotel. 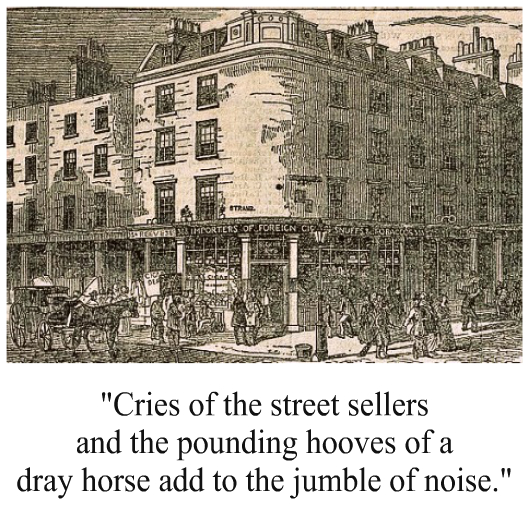 I like to know the place very well, and always try to go there, if possible, to understand the shape of the landscape and to absorb the atmosphere. For example, I visited Addergoole in County Mayo, Ireland, which was the setting for the Irish scenes in The Girl Who Came Home. I also visited Covent Garden for A Memory of Violets and I know the Lake District very well, so could easily write the scenes set there.

Of course, London and the Savoy Hotel and the Victoria Embankment Gardens (which are behind the Savoy) were essential places to visit for research, and to imagine Dolly’s life there in the 1920s.

I loved Hannah Kent’s descriptions of Iceland in Burial Rites. [Editor’s note: Kent was born in Adelaide but spent time in Iceland on a Rotary scholarship.] Dinah Jefferies also creates a wonderful sense of location in her novels The Tea Planter’s Wife, set in 1920s Ceylon (Sri Lanka), and The Silk Merchant’s Daughter, which takes place in the turmoil of 1950s Vietnam. [Editor’s note: Jefferies was born in Malaysia and moved to the UK at the age of nine.]

Thanks so much, Hazel, for your answers. It’s been a pleasure.

Readers, any questions for Hazel? Please leave them in the comments below.

Meanwhile, if you would like to discover more about Hazel Gaynor and her books, I suggest you visit her author site. You can also follow her on Facebook and Twitter. And I urge you to check out the blog that she keeps for writing.ie, called Carry on Writing, consisting of interviews with leading novelists, including Philippa Gregory, Sebastian Faulks, Kate Mosse, Jojo Moyes and Cheryl Strayed.

Thank you so much, Tracey! As I mentioned, I read Hazel Gaynor’s Memories of Violets earlier this year. I was impressed by her ability to re-imagine the lives of London’s flower sellers—of whom most of us have a romanticized image based on movies like Oliver Twist or Pygmalion. I liked that she combed the historical records for details she could use to ensure that her story came close to their everyday reality. In a sense she was helping to write their history but then filling in the gaps with her imagination. And I’m already looking forward to her next book, about the true story of two young cousins who claimed to photograph fairies in their Yorkshire village in the 1920s. The girls’ photos of the so-called Cottingley Fairies captured the public imagination, and Hazel’s version will no doubt capture that of today’s readers! —ML Awanohara

Tracey Warr is an English writer living mostly in France. She has published two medieval novels with Impress Books. She just now published, in English and French, a future fiction novella, Meanda, set on a watery exoplanet, as an Amazon Kindle ebook. Her new historical novel, Conquest: Daughter of the Last King, set in 12th century Wales and England, will be published by Impress Books in October.

One response to “LOCATION, LOCUTION: Novelist Hazel Gaynor illuminates the lives of early 20th-century women with an adventuresome streak”