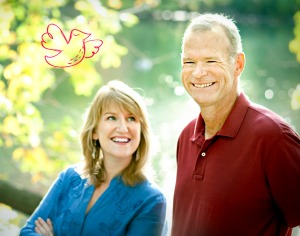 Place of birth: Wallsend*, UK
Geographical history: England (Newcastle upon Tyne, Bristol, London): 1961-1990; Wales (Cricieth): circa 1964; USA (Dallas): 1990-1991; USA (Chicago): 1991 – present.
Passports: UK and USA (since 2002)
Current occupation: Writer** (currently working on two books), blogger, and philanthropist (in 2009 Hargis established Caring Kid Connections to support a school in Ghana, West Africa).
Cyberspace coordinates: Expat Mum (blog) and @ToniHargis (Twitter handle).
*At the end of the Roman Wall, in the far northeast of England. Hargis: “I never actually lived there, but my grandparents did. Not quite sure why I was born there, though.”
**Hargis is the author of Rules, Britannia: An Insider’s Guide to Life in the United Kingdom.

What made you leave your homeland in the first place?
I left England in 1990 when I married an American. We met while we both worked in London; he was there for three years. I didn’t really think about the move at the time, and in retrospect it was a fairly huge decision!

Describe the moment when you felt most displaced since coming to the United States.
Although I like Americans (being married to one and with three American kids) I often finding myself wondering what the heck is going on over here. I find the culture very different from the one I grew up in, and that quite often makes me feel displaced. For example, there’s a lot of scare-mongering at the moment about “big government” and “socialism.” Growing up in the UK, with a welfare state and a safety net to ensure that no one falls through the cracks, it frustrates me that people here can’t see that not everything to go with the government is wrong and sinister. And the gun culture here is appalling. The saying that “guns don’t kill people, people do” is absurd to me, and it bothers me that my children might grow up with this attitude.

Describe the moment when you felt least displaced — when you felt more at home in the United States than you had in England.
I don’t think I’ve ever had a moment when I felt more at home in the US than in the UK, although having been away from “home” for over 20 years now, there have been a lot of changes in the UK and I never know what I’m going to discover when I go back to England every summer. When I have British guests here, and I have to explain some of the more unfamiliar customs or words to them, it makes me aware of how much I am a “native” now — but I still don’t feel American.

You may bring one curiosity you’ve collected from each of your adopted countries into the Displaced Nation. What’s in your suitcase?
From the UK it would probably be a Yorkshire pudding mix that I could then turn into fluffy Yorkshire puddings. I could serve to your displaced Brits, and other nationalities could try it as well. (I would make the Yorkshire puddings from scratch except ingredients in the US are slightly different and I assume the same would be true at The Displaced Nation — meaning I wouldn’t get the fluffiness quite right.) From the States it would probably be some unnecessary but totally brilliant kitchen gadget. I saw a Brie baker in a store today! How have I managed to live this long without one?

I’m glad you mentioned food — a topic close to the heart of all Displaced Nation citizens. Is there any other food besides Yorkshire pudding you’d like to prepare for us?
If I were in a good mood, you’d get treated to Summer Pudding. It’s an easy but tasty English pudding and it’s delicious. Basically you line a bowl with bread, pour in various fruits and berries which have been cooking in sugar, leave it for hours and hours till the fruit syrup soaks the bread, then turn it upside down and serve it with cream. But if I felt a bit wicked, I would probably insist on serving something like black pudding (made of disgusting innards and guts and things), which I love — or tripe, which is cow’s stomach!

You may add one word or expression from each of the countries you’ve lived in to The Displaced Nation argot. What will you loan us?
From America: The phrase BTDubs, which I’ve just learned from my teens. (They would cringe if they saw this!) Basically, instead of saying BTW (“by the way”), they are now actually saying BTDubs, which I think is hilarious. I’m far too old to be using it myself, but I do like it.
From the UK: Probably knackered, which is what I am most of the time. Knackered things are broken and knackered people are tired.

This month, in honor of Valentine’s Day, The Displaced Nation is delving into the topic of finding love abroad. Right now women in America are glued to Downton Abbey, and I imagine some of them may be fantasizing about marrying a British lord. You went the other way and married an American. How did that happen?
We met when husband came to work for the same company as me, in London. I was actually responsible for the work scheduling at the time, and he was supposed to be transferring from the Dallas office. Because of delays with his visa, I had to keep re-assigning his work, so I wasn’t too impressed with this American who was making my life difficult. I ended up transferring out of that group before he arrived and met him in the local pub a few weeks later! We saw each other around a lot because we had friends in common; it was over a year before we became “an item.” We got engaged four months before we were married, which meant a lot of rushing around for me, trying to organize a wedding and a visa application at the same time. We were married in London, and he had to return to the States without me as my visa paperwork got lost in the system for a while.

What was his attraction? Did you find his accent charming?
The British guys that I worked with were a little wild, so my husband probably came across as more conservative or “mature” at the time. He also had a lot of sayings that I didn’t really understand. He used the word “copacetic” a lot, and I had never heard it before. You could always tell the Americans though — the guys wore braces (suspenders) and their suit trousers were a little shorter!

Any special plans for Valentine’s Day?
No special plans at this point, but I know I will be busy — with the kids. Americans go nuts for Valentine’s Day so I will probably have to prepare 18 treats for my eight-year-old to take into school. We are going skiing in Copper Mountain, Colorado, the following week, so at that point my husband and I might get to have a nice meal!

Later in the month, The Displaced Nation will be paying homage to films that in some way feature expats and/or international travel. Do you have a favorite film in this “genre”?
I can’t think of a particular film, but I do like to watch small-screen footage of Brits coming over to the States, as in Jamie Oliver and the Top Gear crowd. It’s interesting to hear what they have to say on various parts of the States, especially when they get right off the beaten track. I haven’t seen the series Stephen Fry did so I would love to get hold of that — and could probably recommend it without having seen it as I know his comments would be incredibly pithy. Eddie Izzard is also a hoot when he’s talking about Americans. And he does a great accent, too!

Readers — yay or nay for letting Toni Hargis into The Displaced Nation? Tell us your reasons. (Note: It’s fine to vote “nay” as long as you couch your reasoning in terms we all — including Toni — find amusing.)

STAY TUNED for tomorrow’s installment from our displaced fictional heroine, Libby, who continues to deal with the thickening plot at her son’s American nursery school. (What, not keeping up with Libby? Read the first three episodes of her expat adventures.)

img: Toni Hargis and her American husband, Mark, in a “photo taken for grandma” in 2011. (The love bird is native to The Displaced Nation.)

Error: Twitter did not respond. Please wait a few minutes and refresh this page.