DIARY OF AN EXPAT WRITER: The highs, but also the lows, of the writing life

7 Comments Posted by The Displaced Nation Team on October 2, 2015 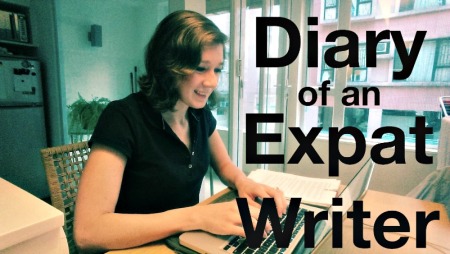 American expat in Hong Kong Shannon Young quit her day job a year ago to become a full-time writer. Here’s the latest entry in her expat writer’s diary.

As you’ve no doubt noticed over these many months, most of my entries have focused on the good things happening in my life as a writer. I prefer to take an optimistic view of my progress. But there are hard days, too—when I don’t see the results I’d like or accomplish as much as I want. On such days, uncertainty and frustration overwhelm the logic telling me I’m on the right track. Yesterday was an especially low day, so this month I want to share with you a sense of the ups and downs of the expat writer’s day-to-day existence—take you on a kind of roller coaster ride.

One of the worst lows: Comparisonitis

I try not to obsess over how other people’s books are selling (except for research purposes), but the desire to look at a comparable book’s sales rank and wonder why mine isn’t doing as well can creep in like an evil sprite. That can lead to insecurity and jealousy over things that are 100% out of my control.

The flip side of comparisonitis is reading a great book and feeling like I’ll never be able to write something as good. I’ll say to myself: “Of course they’re selling better than I am! Their book is gripping and sexy and funny and I can’t put it down! Why can’t I do that!” 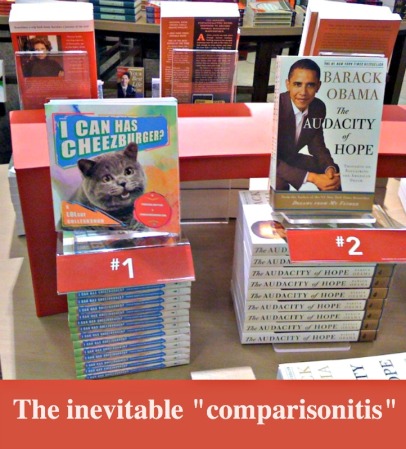 How I deal with it: The old adage about the overnight success that takes ten years is absolutely true. Behind every book that takes off like a shot there’s a writer who has put in the time, sweat, and tears to get to that tipping point. I have to remind myself, sometimes on a daily basis, that I’m putting in the work now that will hopefully pay off in a big way later (both from a sales perspective and a skill perspective). This is a craft, and I am still an apprentice in many ways. I also need to remind myself to focus exclusively on the things I can control, such as writing the best books I possibly can—and occasionally stepping away from the Internet.

One of the best highs: Fans!

Yes, I officially have fans. This month I received my first fan letter for the Jordan Rivet books from someone who is in no way connected with me or anyone I know. She wrote me again this week to tell me that she finished Burnt Sea and loved it!

While I was in Arizona, I also got to meet up with two different readers who are friends with my mom (one read Seabound before I ever met her, the second I’ve known for many years). One told me she felt star struck to be having coffee with me. The other had highlighted her favorite passages from Burnt Sea and shared them over Chipotle. To hear that she enjoyed these sentences I’d been poring over for months was incredibly gratifying. Both women made me feel great about my work—and that kind of encouragement can’t be understated, especially on the low days.

I’ve chosen the indie-publishing road for my Jordan Rivet books, and it comes with its own share of rejection. There are a few promotion sites that are real heavy hitters. I’ve been accepted by some of the big ones, but rejected by the biggest of all (Bookbub). Sometimes this is just a matter of scheduling, but it still stings.

Much of my work as Shannon Young is not self-published, though. I’ve been waiting for a response on a particular piece for six months. This week I finally got an answer: no. It’s time to reassess and decide whether I want to release this particular work as is or develop it into a longer project.

How I deal with it: Even though six months have elapsed since I submitted the piece, I’m realizing I may need to step away from it a bit longer before I can make a clear-eyed decision. There are a lot of emotions tied up in rejection, and I need to make an intelligent decision about whether to move on, keep trying, or do something differently. That takes time and perspective.

A kind of high: Not reading reviews!

This high isn’t what you might guess. The reviews for my work have generally been positive, but for me the real triumph is that I’ve finally gotten to a place where I no longer read my reviews. I’ve come to realize that, at the end of the day, reviews exist for readers, not for writers. They are there to help other people decide whether or not they’ll like a book and to give the reviewers a chance to express their thoughts about it. None of that has anything to do with the author.

If I do read my reviews—including positive ones—here’s what happens: I fixate on the critiques. I can’t help it. I’m an optimistic person, possibly confident to a fault, yet it’s always the critiques I remember. And you know what, diary? There’s absolutely nothing I can do to fix things at that point. The book is done and dusted. I can’t change it. So why obsess over the one thing that didn’t work for a reader who enjoyed the book as a whole?

(Note: I follow my writers’ groups’ critiques like gospel. I’m always trying to improve my work, but when a book is finished and published that no longer applies.)

Thus reading reviews is a recipe for utterly futile stress. So while I am incredibly thankful for people who take the time to write reviews (and they’re essential for the success of a book), I won’t read them. Instead, I’ll focus on making every book better than the last.

Yet another low: Missed deadlines

I’ve mentioned before that I like to make checklists and to-do lists for myself. Crossing off items on time or early never fails to make me happy. On the other hand, if I miss my deadlines it can be equally frustrating.

Case in point: my new part-time teaching job starts on October 5th. The timing of the classes means I’ll have to rework my writing schedule to stay productive. I wanted to finish the final book in the Seabound Chronicles before then. My goal was to finish the current draft on Friday. Well, on Monday the book was 80,000 words. By Friday, it had grown to 86,000 words, but I had only reached the 51,000-word mark in my edit. Adding all those scenes took a lot more time and thought than anticipated, so now I probably won’t finish the draft until Thursday at the earliest. This leaves me with less buffer time than I had hoped before the Great Schedule Shuffle begins.

How I deal with it: Like always, I need to glue myself to my chair and just get on with it! The book will be finished when it’s finished, and I’m not going to put out a half-baked project (or even 80% baked). The worst thing I could do would be to let frustration or impatience paralyze me.

The knack of staying on an even keel

This emotional rollercoaster is normal for a full-time writer. It’s important not to let either extreme get in the way of my work. The key is to accept the reality of the lows and to figure out ways to deal with them so as not to become derailed.

Thank you, Displaced Diary, for giving me a chance to process. Sometimes that’s all it takes to get the day turned around and become productive.

Shannon, thank you for giving us such a clear window onto the highs and lows you’ve experienced as a full-time writer. TBH, it brings me back to the days when I was a graduate student in the UK and how frustrated I felt on the days when my thesis-writing wasn’t going well (or at all). When you have to keep producing page after page, you can become very isolated, and you’re already feeling somewhat isolated to begin with as an expat. It’s great you have found such a supportive writers’ community in Hong Kong. You also seem to have a much better ability than I did at the same age, to trust in the process! Readers who are also writers, can you relate to Shannon’s vacillating emotions? Please share your own experiences in the comments. ~ML

7 responses to “DIARY OF AN EXPAT WRITER: The highs, but also the lows, of the writing life”