And the August 2014 Alices go to … these 3 international creatives

5 Comments Posted by The Displaced Nation Team on September 9, 2014 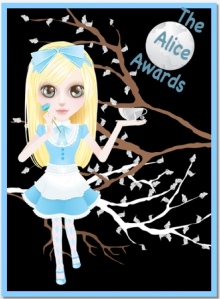 If you are a subscriber to our weekly newsletter, the Displaced Dispatch, you’re already in the know. But if you’re not, listen up. (Hey, why aren’t you? Off with your head!)

For her post: Seven Reasons Why English Food Doesn’t Actually Suck on her blog, Curiosity Travels
Posted on: 13 August 2014
Snippet:

3. Yorkshire Pudding
Not the pudding we are used to, this version doesn’t come from a powdered Jello packet. Instead, the Yorkshire pudding is actually referring to the pastry-like cooked dough which holds an assortment of heart attack inducing savory foods.

This specific Yorkshire pudding came with mashed potatoes, sausage and smothered in gravy. Accompanied by an ale, it was great for my soul but horrible for my waistline.

Citation: Jessica, the title of your post goes down in the annals. If that isn’t damning with faint praise, we don’t know what is. Your British hosts would be impressed. And it’s rather too literally gutsy of you to champion the cause of as many as 10 stogy foods merely because of “having dated a Brit for an extended period of time” and after having visited the country only twice. And while we don’t wish to stop you from acquiring a taste for stodge (British victuals need all the support they can get!), we worry you’ve become too focused on the gravy that’s smothering the Yorkshire pud and what it’s doing to your waistline to take in the protocol surrounding the British Sunday roast tradition. Alice, too, forgot her manners after stepping through the looking glass. We refer to the faux pas she committed when attempting to carve the leg of mutton just after having been introduced to it—only to be informed by the Red Queen:

“It isn’t etiquette to cut any one you’ve been introduced to. Remove the joint!”

Should you be possessed by a similar urge to seize the carving knife, don’t be surprised if your hosts are less than appreciative. You may wish to say something cheeky just as Alice did, i.e.:

“I won’t be introduced to the pudding, please, or we shall get no dinner at all.”

Then again, you could always utter an Americanism like: “Don’t get your panties in a bunch.” After all, the Brits have a comparable expression about getting their knickers in a twist. (What’s the worst that can happen—you don’t get invited back and have to make do with the food in Madrid?)

For his post: How to Stop Learning Japanese on his blog, Japanese Rule of 7
Posted on: 2 August 2014
Snippet:

Who knew languages had so many components? It’s all those words—that’s the real problem. First, I only wanted to know enough Japanese to order a beer. I figured I’d be happy with one word. But then I wanted another beer, so I needed another word. See, I told you I don’t think about the future.

Citation: We can empathize, Ken. How beautiful life in Japan would be if we foreigners didn’t have to grapple with the “devil’s tongue”. One minute you’re ordering a beer, and the next you find you’ve been captured and hooked: condemned to the life of an eternal student. And the struggle to learn vocabulary that doesn’t resemble Latin in any way is only the half of it. You also have to get into the mode of thinking that what isn’t said is usually far more important than what is said—the (in)famous wa factor. Indeed, if you have wa going, then your listeners should be able to finish your sentences for you—which is great if you’ve forgotten the verb, but not so great if they fill in the blank in the wrong way and you find you’ve agreed to something like tutoring their child in English for the rest of his born days when you were actually trying to say you’re giving up tutoring because you’re writing a book. Another challenging aspect of wa is the tendency to allow emotion to take over in favor of clarity. After all, stating something clearly may mean that that the speaker commits to something and thus would get the blame if the situation goes awry. Should you become the victim of this, you could always do a Humpty Dumpty—we refer to the (in)famous exchange between Alice and Humpty Dumpty over semantics, in Through the Looking Glass:

“When I use a word,” Humpty Dumpty said in rather a scornful tone, “it means just what I choose it to mean—neither more nor less.”

“The question is,” said Alice, “whether you CAN make words mean so many different things.”

“The question is,” said Humpty Dumpty, “which is to be master—that’s all.”

All things considered, though, you may be better off floating in a sea of vagueness. You had the right instincts, Ken, when ordering that beer and realizing one might not be enough. Well done!

3) DR. KATE EVANS, British zoologist, founder of Elephants for Africa (based in Botswana), and expat in Germany

For her remarks in an interview, The Expat that African Elephants Will Never Forget, with Claire Bolden McGill in Global Living Magazine (July/August 2014)
Posted on: 18 August 2014
Snippet:

The sounds we wake up to at night are very different. In Botswana my nights are disturbed by the roaring of a lion, the cackle of hyena or the rumble of an elephant, and I wake up to the sounds of the local franklin (a small chicken-like bird that is common throughout Southern Africa and very funny to watch running).

Citation: Dr. Kate, first of all we must congratulate you on heading up an organization that is doing one of the most noble deeds on the planet—attempting to save the African elephant from extinction. And although we know you have a list of degrees as long as an arm for doing such important work, we also suspect it’s your Alice-like curiosity that makes you so suited to the task. It is not at all surprising to us when you tell Claire (who btw was an Alice winner back in June and has also guest posted for our “New vs. Olde Worlds” series), that you feel more at home in the bush than you do in “hectic lifestyle of the West”. Your comfort level among African wildlife brings to mind this passage from Through the Looking-Glass:

…[Alice] found herself sitting quietly under a tree—while the Gnat (for that was the insect she had been talking to) was balancing itself on a twig just over her head, and fanning her with its wings.

It certainly was a VERY large Gnat: “about the size of a chicken,” Alice thought. Still, she couldn’t feel nervous with it, after they had been talking together so long.

You go on to tell Claire that your expat life owes to a promise you made to an elephant at the age of seven. Were you aware you were channeling Alice?!