ENGLAND VS NEW ENGLAND: The arcane laws of taxing and tipping

5 Comments Posted by The Displaced Nation Team on April 11, 2013 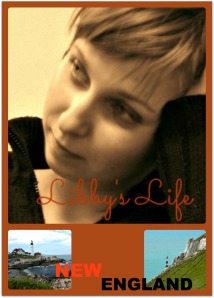 For just over two years, readers of the Displaced Nation have had the treat of following a novel-in-progress by Kate Allison called Libby’s Life. It’s the running diary of Libby Patrick, an Englishwoman who has trailed her spouse to a town just outside Boston. Libby’s Life is rich in Kate’s observations about life in New England vs. England. In the weeks when she doesn’t publish an episode (she is now up to #75!), we plan to feature posts by writers who are sensitive to the often-subtle differences between new and old worlds. First up: James Murray, a young Brit now living in Boston.

Hey, where did all my money go?

Apparently it’s all to do with my upbringing — I remember with almost preternatural clarity, learning how to shop in an English supermarket. You had a list. You found the things on the list. Where there was an element of choice — this brand of toothpaste or that one — you looked for the special offers.

Only people with money to throw away would ever buy the branded cereal, unless they were on holiday, because really, how much difference is there in taste?

I learned the arts of thrift in Tesco of a Wednesday morning. My guiding words were “2 for 1” and “Special Offer” — and a treat was especially permitted if it was drawn from the holy well of the Reduced section.

Prices — written numbers — were important in those innocent days. They told you clearly and precisely how much you could expect to pay for the things you put in your trolley. You could even add it up as you went around the shop.

Not so in New England. Here in Massachusetts a quick turn around the supermarket for say $56.59 worth of groceries will actually cost you $60.12 –and unless you happen to be quick with your percentages, you more than likely won’t know how much you’re spending until it’s totaled on the cash register.

This isn’t new to anyone who’s been to pretty much anywhere in the States. Most states have a sales tax, with varying rates, and it’s hardly ever included on the price tag for whatever you’re buying. So if (God forbid) you only have so much cash and you’ve been carefully estimating the total in your head as you go shopping, you might find that you need to leave an item behind when you check out.

I have a healthy fear of being ripped off or paying over the odds. It took me some time to let go of the expectation that I would know exactly how much I was spending — and as soon as I did, I discovered the much larger grey area: tipping.

Price is not only contingent on the face value of an item; it’s also contingent on culture. In the States, as most people know, there is a culture of not paying bar and restaurant staff a living wage, which means that they rely on tips.

When I was tipped as a barman in the UK, it was a perk — a small one. I would have been floored if anyone had tipped me 20 percent and especially floored if they’d insisted on tipping me an extra 60 pence (or a dollar) for each drink I served them — but such is the expectation in New England.

Okay, there are differences to the working culture of bar staff — table service, for one — which mean that the staff actually earn their tips. But it’s often expected even if you order at the bar and do the walking to fetch the food yourself. In terms of hidden costs, a meal out is pretty pricey, especially when there’s that 6.25 percent tax on meals added in there. You basically pay over 125% of the menu price if you’re being a good citizen.

And if you’re coming from the UK, all that this tipping will buy you is a lot of extra attention that you don’t want. The Brits are a private people when it comes to eating out. In our part of the world, good service is characterized by quiet diligence. If we get asked three times in the course of a meal “How is everything?” it just starts to rub us up the wrong way. We begin to ask ourselves: “Why are you asking? Should there be something wrong with it?” They’re just “earning” that tip, but it can initially feel like solicitation.

Tipping also creates unintended outcomes, one being that if you enter smaller bars at peak times and sit down at a table, you will be expected to eat. If you then reveal that you’re actually just after a drink, you might see some of the rudest service you’ve ever experienced. Tables are prime real-estate, where you can cram in the eating customers, which means higher order value, which means more tips.

I’m generalizing of course, but I never used to even think about buying food in most UK pubs, whereas in Boston it’s sometimes hard not to.

With the financial anxiety of living on savings (the default position of a new immigrant), I’ve fought the urge to resent the little extra slices of cash that get siphoned off on a daily basis.

Just let it go — it’s just the way they do things here.

So, readers, are you surprised as Murray’s sense of displacedness on money matters? Perhaps some repats to the U.S. can also relate? Please leave your thoughts in the comments…

James Murray is a self-described “itinerant Brit.” After a stint in New Zealand, and some travel in Southeast Asia, he and his American girlfriend — now wife — are practicing “staying put” in Boston, where James is pursing a career as a wordsmith for marketing and fiction, and as a non-professional theatre director. He is also a Utopian idealist and SingStar enthusiast. You can find more about his views by reading his blog, Quaint James, and/or following him on Twitter: @quaintjames.

STAY TUNED for next week’s fabulous posts, including a new giveaway!

5 responses to “ENGLAND VS NEW ENGLAND: The arcane laws of taxing and tipping”