For a Third Culture Kid, birthday candles are easier to come by than the Christmas kind

1 Comment Posted by The Displaced Nation Team on December 17, 2012 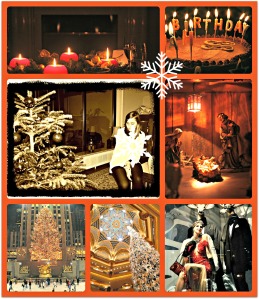 Born to German parents in the United States who later moved the family to the UAE, Tiffany Lake-Haeuser learned very quickly that unlike birthday candles, Christmas candles only happen if you’re living in the right place. She joins us today to tell her tales of Christmas Past, in New York and the UAE, and Present — in Germany. (Hmmm…what will Christmas Future will hold for Tiffany — the world having already been her oyster in so many ways?!)

There have been two events I have always looked forward to since I was a little girl, my birthday and Christmas. Luckily for me, those are perfectly spaced so that in the summer I have my birthday and in the winter I have Christmas.

My fascination for the two events was different, though. My birthday was special to my family, my friends and me; the decorations were left up for a day and it ended almost as quickly as it started. I generated most of the excitement, with others joining in.

Through my travels I have come to learn that this is not the case with Christmas — which is a group affair. At least half the Christmas spirit depends on the people around you and the widespread anticipation of that one magical night or morning.

Although I am German, I was born in New York City, and that’s where I remember having my first Christmases.

I think no city does Christmas decorations like NYC.

My family lived in Battery Park City, and I remember when I was just a little kid going to the Winter Garden Atrium in the World Financial Center, and seeing that huge light switch that turned on the lights on the an enormous Christmas tree.

Later, when I was a little bigger, I recall walking the city streets in my coat and mittens and hat and feeling in every bone of my body that Christmas was coming.

Of course my German family celebrated a little different than the Americans. In Germany we celebrate on Christmas Eve; families get all dressed up and have a nice dinner before opening all their presents.

But when I was younger I didn’t notice this difference. It was only much later, back in Germany, when our American friends came to spend Christmas with us, that I noticed this (and other) differences.

Now that I’m back living in Frankfurt, I keep thinking how much more old fashioned and traditional Christmas seems in Germany compared to in America. We take pride, for instance, in our hand-crafted ornaments and their old-style workmanship — the kind you can buy at our Weihnachtsmarkt. Not for us the fantasy luxury windows of Bergdorf’s.

Christmas in Germany is tied very closely to religion. We don’t say “Happy Holidays” here. And we emphasize nativity scenes in our decorations. My family has its own little crèche — and on Christmas Day my older sister and I get to add Baby Jesus.

But probably the most striking difference of all is that we don’t really have Santa Claus. Saint Nicholas (“Nikolaus”) visits German children on December 6: we put our boots in front of our door, and they get filled overnight. This tradition commemorates when Nikolaus gave a cold, homeless man his coat.

It’s true we do have Weihnachtsmann (Santa Claus), but the concept came from outside and is part of popular German culture. Das Christkind (Christ Child, or Baby Jesus) visits on Christmas Eve with presents.

…but after an Emirati interlude

Before repatriating to Germany for the second time, my family lived in Abu Dhabi. I was 13 then and for me, Christmas temporarily lost part of its appeal. There was no cold, no snow and barely any Christmas trees.

The cold I used to have a love-hate relationship with in New York (Germany, too) was now non-existent; and though I didn’t exactly miss it, it did take away a big part of the anticipation of the holiday — of the winter solstice.

With very few people around you getting excited for Christmas, it was much harder to even remember that Christmas was nearing. It snuck up on you and then disappeared, much like birthdays — but without any of the accompanying fanfare.

Living in Germany had renewed my awareness of Christmas traditions and the sense of community they bring. Nowadays I actually enjoy the build-up to Christmas as much as Christmas Eve or the day itself — the markets and the decorations. For me, this is what makes this age-old holiday so much more than a time to give presents.

Readers, especially those who are Third Culture Kids, or TCKs, can you relate to Tiffany Lake-Haeuser’s competing visions of Christmas? She would love to hear your comments. You can also follow Tiffany on her blog, Girl on the Run.

One response to “For a Third Culture Kid, birthday candles are easier to come by than the Christmas kind”