For curious and unreal travel, Tokyo sure beats Wonderland

9 Comments Posted by The Displaced Nation Team on June 6, 2011 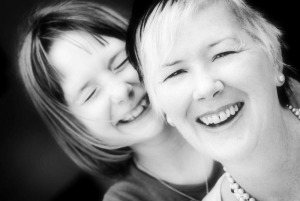 Today we welcome Carole Hallett Mobbs to The Displaced Nation as a guest blogger. During June, TDN is looking at what the story of Alice in Wonderland can tell us about displacement of the curious, unreal kind — as anchored by Kate Allison’s “5 Lessons Wonderland taught me about the expat life, by Lewis Carroll’s Alice.” Hallet Mobbs can identify, having just left Japan — a country that Western travelers have long regarded as the ultimate topsy-turvy destination — after four-and-a-half years of living with her family in Tokyo.

“I’ve believed seen as many as six impossible things before breakfast”: this seems the most logical place to begin my account of life in Japan.

In Tokyo, you can see a minimum of six impossible or incredible things before breakfast.

And then another six after breakfast.

In fact, I can safely say that a day spent in Tokyo will guarantee you a double-take moment approximately every ten minutes.

I know this, because I timed myself one day, using an oversized pocket watch.

Jaw-dropping sights abound — and I never failed to be delighted and amazed every single day during my four-and-a-half-year stay.

And if,  like me, you prefer seeing to believing, then Tokyo is the place to be.

Whilst driving my young daughter, Rhiannon, to school one day, I absentmindedly pointed out a Routemaster bus.

Double take! A red double-decker is a London inhabitant, not normally seen outside the Big Smoke. What on earth was one doing trundling its way around Tokyo?

These beasts are not known for their flying abilities but it had obviously migrated somehow. I discovered that a Japanese diplomat who’d been posted to Britain persuaded London Transport to donate one of these wonderful buses to Japan. It’s now a cruising restaurant.

People, too, arrest your attention. With their unique, carefully honed fashion sense, Tokyoites take style to a whole new dimension.

Real Alice in Wonderlands trip along the fashionable Harajuku, mixing with other young people dressed in adult-sized furry romper suits complete with ears. (Rabbits and bears are favorites.)

A particularly memorable vision in that section of town was a fully decked-out Stormtrooper from Star Wars, casually walking up the road.

Then there are those whom I thought of as “dormice folk.” Due to their heavy workloads, many so-called salarymen need to catch forty winks whenever and wherever they can. Favorite snoozing spots include crashing out across a table in Starbucks or on a bench. And they’ve even been known to take advantage of armchair displays in department stores.

Nobody dreams of waking them; that would show a deep lack of respect.

Look! That’s a baby in a sling. Oh, my mistake, it’s a white rabbit.

Stuff and nonsense… Or is it?

As well as people watching, I can highly recommend pet-watching as a surreal Tokyo pastime.

Peer into a buggy expecting to see a cute, chubby baby with spiky black hair and instead see — no, not a pig, but more than likely a dog or two.

Yes, canines are cosseted creatures in Tokyo. More often than not, they are the size of guinea pigs, and almost all wear fashionable outfits.

Is that a giant caterpillar? No, it’s a dressed-up dog. Dogs in kimono. Dogs wearing tutus with real diamond necklaces. Dogs in leather jackets and sunglasses. Dogs in boots…

More than once I had a curious conversation with fellow dog owners. I have a Japanese Shiba-Inu (unclothed). This caused much admiration — a gaijin with this special Japanese dog was a big hit — as well as some puzzlement. “But that’s a Japanese dog. How did you teach her to understand English?”

And it’s not just pets that are dreamlike.

Crows are as big as ravens, woodpeckers as small as wrens.

Saucer-sized butterflies flit by like vibrant handkerchiefs, and hornets are so large they need their own air traffic control center.

Drink me! Eat me!

Japanese interpretations of Western food can be a trifle bizarre. Experimentation is rife, and experiments include drinks such as iced Earl Grey lattes and cucumber Pepsi.

Being taken by surprise during a snack is commonplace.

Thrilled by finding some doughnuts that appeared to have jam inside, I took a huge bite. The “jam” was azuki bean paste. Not my favorite.

Another shock was a Wasabi Kit Kat. I still haven’t recovered from that one.

Some time in recent history, the sandwich reached Japan. I imagine the conversation went a little like this.

“What is a sandwich?”

“Well, it’s two slices of bread with a filling between the slices.”

“What filling goes into this sandwich?”

One day a friend bought a sandwich with a lumpy filling. A gentle squeeze sent a whole cooked potato shooting across the room.

Books and magazines are read from back to front.

Writing follows its own rules. The elegantly beautiful yet complex Chinese characters, known as kanji, are written vertically in columns and read from top to bottom and right to left.

Tell me, please, which way I should go from here?

Notably, as an Englishwoman in Europe, I can usually work out rough meanings by utilizing my limited knowledge of Latinate and Germanic languages.

In Japan, though, I was suddenly completely illiterate.

Imagine the fun my husband and I had on our car journeys. Trying to decipher the name of our destination on the map, he would say: “Look out for a sitting man, a picnic table, noughts and crosses, a ‘7”and a jellyfish.” Predictably, we got lost rather a lot.

Going somewhere on foot was no easier. Streets are not well labeled, or labeled at all. In fact, being lost in Tokyo is so common — even for Tokyoites — that everyone carries their own little maps with landmarks.

If you stand around looking pathetic for a while, a stranger will miraculously appear and guide you to your destination — and then disappear, leaving only a grin behind…

English words are considered interesting and “cool,” so are often used for shop names and slogans. But a love of English isn’t always correlated with an understanding of how our words link together — leaving us foreigners as clueless as ever.

“Tokyo Teleport Station” is just outside the city. Sadly, it’s just a train station, not a link to other worlds.

One that still puzzles me is a sign declaring “SLOB! Oxidised Sophistication.” I just have no idea.

The “Hotel Yesterday” has the tagline “Welcome to Yesterday.” I often feel like that.

Is Tokyo really a wonderland?

Goodness, what a long sleep I’ve had! Such a curious dream!

Though I’ve enjoyed using “Alice” allusions to describe my Tokyo adventures, I’m not sure if it’s of much use in helping other expats adjust to this very real yet extraordinary city.

The key to living in and enjoying Japan is to keep an open mind, embrace eccentricity and expect the unexpected at all times.

And if that’s too tall an order on any given day — rather like Alice’s serpent neck — then I suggest you follow her sister’s advice and “run in to your tea.” But if I were you, I’d give the “jam” doughnuts a miss!

Question: Can you think of any other cities that merit a “through the looking glass” reputation, or is Tokyo an extreme, as Carole Hallett Mobbs suggests?

Carole Hallett Mobbs is a trailing spouse and freelance writer. Her blog on life in Tokyo is called Japanory. After moving to Berlin with her family in April, she started up another blog, Berlinfusion, and is writing a book on expat children. Her Twitter moniker is @TallOracle.

img: Carole and her daughter, Rhiannon, caught in an Alice-like pose by 37 Frames (Tokyo).

STAY TUNED for tomorrow’s Displaced Q having to do with one of our — and Alice’s — favorite topics: food!

9 responses to “For curious and unreal travel, Tokyo sure beats Wonderland”