SPECIAL TDN ANNOUNCEMENT: Dear readers, we have some thrills and chills in store for you: a chance to engage with expat writer Shireen Lilla. She has kindly agreed to respond to our comments and questions on her new novel, Exiled.

Please accept this candle. You’ll need it to light your way to the faux coffin where we’re serving Victorianesque nibbles and “finger” foods in honor of the novelist Shireen Jilla.

Be sure to try our house speciality: fried tartantula. Such an exquisite dish! Or how about some maggoty cheese, imported straight from Sardinia for the occasion? It makes an excellent pairing with our special punch. (Go on, have a sip! It’s only bubbling because we added dry ice to the bowl.)

Our honored guest looks lovely, doesn’t she, in her long black cape with the red-satin collar? But don’t be fooled. Looks are extremely deceiving in her case. Jilla harbors no illusions about the dark side of expat life — and she isn’t afraid to grasp you by the hand and seduce you into entering that netherworld for an adventure.

Many an expat veteran has advised that being stationed overseas isn’t necessarily the life of Riley. But how many of them have ever warned us of the dangers lurking on the other side: everything from psychological breakdown to murder most foul?

Slyvia Plath, the American poet who’d been living in a bucolic a part of the English countryside, put her head in the oven upon returning to London. Nancy Kissel, who was living in an exclusive Parkview high-rise apartment complex in Hong Kong, allegedly killed her husband with a blunt instrument and rolled up his body in an Oriental rug.

But why dwell on real-life cases when Jilla’s imagination can provide us with all the macabre details we need? 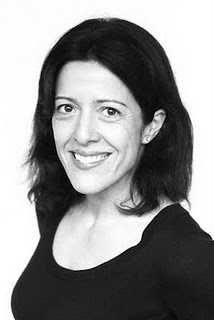 The novel tells the story of Anna, who is so in love with her husband, Jessie, an ambitious British diplomat, that she can’t wait to start a new chapter of their life together in New York. Jessie is the ticket (quite literally!) for Anna to leave her old life in rural Kent far behind.

At first, New York lives up to its promise. The couple find a brownstone on the Upper West Side and fall into the rhythm of New York life. But then disaster strikes, again and again.

As Anna herself puts it in her Foreword to the story:

I couldn’t imagine that my romantic dream would turn into a dark battle for everything I loved.

In our current gothic mood, we laud the idea of this book (unfortunately, we’ve only read excerpts as it’s not yet available in the U.S.) for:

1) Defying stereotypes: Many outsiders who write about New York are tempted to extol the city’s glitz and glamor a la Sex and the City. Not Jilla. As one critic put it, she gives us a New York that is “a teeming pit of hissing vipers, only just covered with a finely buffed veneer of sophistication.”

2) Pushing the envelope: Jilla, a Third Culture Kid (she is half English, half Persian, and grew up in Germany, Holland and England) who has also been an expat — in Paris, Rome, and New York — hasn’t simply replicated her experience but has dug deeper to reveal psychological truths about the people she has observed. Anna’s step-mother-in-law is a powerful socialite and philanthropist of precisely the sort seen on The Real Housewives of New York City. In Jilla’s rendering, though, she is further revealed as calculating, manipulative — and evil. As one reader-reviewer on Amazon says:

Imagine the stark terror of Rosemary’s Baby firmly grounded in reality. Shireen Jilla has created the sharp thrill of horror in a world of utterly true and compelling characters.

3) Presenting a heroine who could almost be Libby’s alter-ego: Now who is Libby, you might ask? She is the Displaced Nation’s fictional about-to-be expat wife. Her diary entries appear every Friday on this blog. After hearing about Anna, we can’t help but wonder: will Libby’s life take a sinister turn once she reaches Boston? No, Boston isn’t New York — but how long before Libby encounters a Boston Brahmin…or two?!

Time to break the spell?

Before we blow out our candles, it’s your turn, dear reader:

Has Shireen Jilla also illuminated something for you by exploring the gothic side of our displaced lives? Does she speak to your own experience — to the times when you’ve been face to face with people who seemed evil, or with nefarious doings?

And do you have any questions for Jilla about what motivated her to write such a gloriously dark book?