An expat’s thoughts on flying and the journey “home” 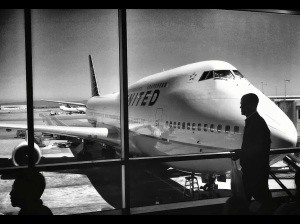 This is my third attempt at writing this post. The previous two attempts were quickly aborted; I had tried drafting them during two separate flights back to the UK, but quickly gave up in frustration.

Flying—for me, at least—is not conducive to creativity (if hastily scribbled blog posts can be described as such). I can never settle on a flight, I can never forget that I am 30,000 feet above the earth trapped in a metal tube powered by 36,000 gallons of jet fuel.

But, of course, flying remains an occupational hazard for the expat. No matter how long you may have been away, the call home is at some point unavoidable. After an absence from “home” of nearly three years, over the last few months I’ve had to make two trips back. One for reasons pleasant; one for reasons unpleasant.

Flying, when you think about it, and when I am flying I find I would much rather not think about it (those 36,000 gallons of highly flammable jet fuel remain heavy on my mind), is astonishing. Indeed, it is so astounding that we have to go out of our way to avoid that fact and focus on the banal. The aviation industry is helpful on this point. You wait in a terminal, shitty retail and even shittier food your scant choices to kill time, but it helps numb you, I suppose. Makes you unthinking about the journey ahead, your entry into the heavens.

When I was flying back for more pleasant reasons I began reading French philosopher Michel Serres‘ Angels: A Modern Myth. Serres opens his work with a fictional couple meeting at an airport. He a traveling inspector; she a doctor at the airport medical center. For Serres, the couple see angels when they look around the airport:

I see angels—which, incidentally, in case you didn’t know, comes from the ancient Greek word for messengers. Take a good look around. Air hostess and pilots; radio messages; all the air crew just flown in from Tokyo and just about to leave Rio; those dozen aircraft neatly lined up, wing to wing on the runaway, as they wait to take off; yellow postal vans delivering parcels, packets and telegrams; staff calls over the tannoy; all these bags passing in front of us on the conveyor, endless announcements for Mr X or Miss Y recently arrived from Stockholm or Helsinki; boarding announcements for Berlin and Rome, Sydney and Durban; passengers crossing paths with each other and hurrying for taxis and shuttles while escalators move silently and endlessly up and down . . . like the ladder in Jacob’s dream . . . Don’t you see—what we have here is angels of steel, carrying angels of steel, carrying angels of flesh and blood, who in turn send angel signals across angel air waves . . .

I don’t see any angels sitting around me in the terminal, and I don’t think our messages are worth conveying across the world. I would have enjoyed reading the Serres anywhere other than here, in a terminal.

On the plane, I put the Serres away and try to read a book (The Journey of Theophanes: Travel, Business, and Daily Life in the Roman Middle East) about a Roman lawyer journeying to Antioch. Over six months he slowly makes his way, noticing the slight changes in geography. Compared to that, what I am doing seems a cheat. I put the book away. I can’t concentrate enough, there’s slight lurch in the plane’s movement that suggests we are beginning to enter turbulence. I just try to watch Iron Man 3 instead.

I am going home. I am leaving home.