Leave a comment Posted by Kate Allison on April 5, 2012 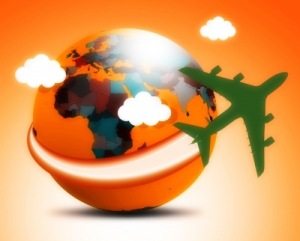 Can’t stop thinking about the awful story of Maggie’s daughter and Anna’s dead brother-in-law. I see why Anna told me — festering half-truths ruined Sara’s life, by all accounts — but I still haven’t figured out what to do about Oliver’s half-sister, Tania, whom I impulsively contacted and now wish I hadn’t.

Although the simplest thing would be not to reply to her message, the damage is done. I’ve opened Pandora’s box. Then again, it’s Oliver’s Pandora’s box, not mine. Might he be grateful to know that his father didn’t abandon him, as he always thought? That’s Anna’s opinion. My worry is that if he heard his father’s side of the story, he would feel differently toward his mother. Much as I don’t like Sandra, I would hate to drive a wedge between her and Oliver.

I’m going round and round in circles thinking about it. Probably the best course of action is to let sleeping dogs lie. It’s not as if I don’t have other things to do right now, what with Easter shopping, getting ready for the twins, getting the spare room ready for my mother, who’s coming today…

Yes, I haven’t told you! My mother is coming to stay! Oliver is driving to Boston tonight to meet her at the airport. I am so looking forward to having someone here to help out; someone who can take Jack off my hands in the early evening and make nice dinners that won’t give me salmonella poisoning.

My father refuses to come with her, and it took a great deal of persuasion for him to let Mum off the leash and come on her own. He has a fear of flying, and an even bigger fear of having to do anything that might qualify as a domestic duty. Honestly, he makes Shirley Valentine’s husband look like Germaine Greer. He finally and bravely concluded that with the assistance of the local pub, the fish and chip shop, some friendly neighbours, and a mammoth cooking/baking/freezing session by my mother before she abandoned him, he might be able to live on his own for a few weeks and not starve.

I don’t know how my mother puts up with it, I really don’t. Still, they’ve been married for the best part of four decades, so I assume she’s OK with her incurable case of Stockholm Syndrome.

Five hours until her plane lands. I am so excited. It’s nearly a year since I saw my mum, and that’s too long.

Plus, I am dying for some of her special steak and Guinness casserole.

10 p.m. Oliver walks into the house carrying two suitcases. He dumps them on the kitchen floor.

“Two hours down, Christ knows how many days to go,” he says in a low voice, jerking his head in the direction of the garage.

I’m confused. Oliver likes my mother. She supports him when he trots out his Victorian views on the place of women in the home and the workplace. As I’ve said before, when other women in the 1970s were burning their bras, she was out shopping for whalebone corsets. Oliver laps up her outmoded opinions and uses them as ammunition in any arguments we have. “Your mother would never say that” is a frequent debate closer of his.

Mum climbs the stairs from the garage into the kitchen, carrying one of her capacious Mary Poppins handbags, and when I see her, I’m shocked.

In the eight months since I last saw her, she’s aged eight years. She doesn’t look ill — I hope she doesn’t, anyway — but she’s a little shorter, more stooped, more grey…

“Hello, love,” she says, stopping a couple of feet away from me. She holds out her arms. “It’s so lovely to see you again.”

She still sounds the same, thank goodness, and I give her a hug. If her outward looks have changed, nothing else has. Her skin is tissue paper soft, and her trademark scent of Johnson’s Baby Powder and Chloe perfume makes me feel as if I’m eight years old again.

I hold onto her as if I never want to let go, resting my head on her shoulder, and tears sting at my eyes. She’s been in the house for only three minutes, and already I’m dreading saying goodbye to my mum.

No one warns of it you before you make the decision to become an expat, but this is the absolute worst part of living on the other side of an ocean.

I make Mum a cup of tea with lots of sugar, and tell her to sit down and put her feet up. If my feet are swollen from late pregnancy, so are hers from sitting on a plane for seven hours, and it’s past 3 in the morning by her body clock. After half an hour, during which time Oliver has taken her bags to her room and we’ve given her the nickel tour of the house, she decides she will get an early night.

“Just take it easy tomorrow,” I say. “We don’t have to be anywhere. It’s Good Friday, although Oliver has to go into work, so—”

“That’s changed,” he interrupts. “I’m working from home instead. Family time’s important, and there’s nothing I can’t deal with from a cell phone and a laptop.”

“But…” I say. I’m confused again, because the last I heard, he had a meeting with customers who were flying in from Dubai, who didn’t celebrate Easter, and couldn’t give a monkey’s for Oliver’s need for family time.

“It’s all sorted. And I want you to take it easy tomorrow,” he adds, raising his voice. “I don’t want you running around the house and exhausting yourself. You know what Dr. Gallagher told you about keeping your blood pressure down.”

Dr. Gallagher has told me nothing about my blood pressure. My blood pressure is sterling, and I am in tip-top condition for anyone, let alone for someone expecting twins in six weeks’ time. Tired, fat, and fed up, of course, but who wouldn’t be?

“Make sure you have a rest while I’m working in the study, and maybe your mum can take over looking after Jack for a couple of hours. That’ll be OK with you, won’t it, Jane?” he says, raising his voice again.“Of course it will,” Mum says. “I’m looking forward to having him around all the time.”

Mum pouts. “Can’t he miss it? I haven’t seen little Jackie for nearly a year, and it seems a shame to make him go when we’re on holiday. I was hoping we could go to the seaside for a couple of days or something.”

Oliver puts his hand on my arm.

“Perhaps you’ve forgotten that Libby is about to have twins. She can’t drive now, because she finds it too uncomfortable behind the steering wheel. I think she’d appreciate a quiet time here more than a couple of days at the seaside.”

He stares at Mum, and she drops her gaze.

“I’ll see you both in the morning,” she says, turning away in a huff and unsnapping the locks on the suitcase that Oliver has laid on the spare bed.

It’s our cue to leave.

“What was all that about?” I demand, as soon as Oliver and I are in our bedroom and the door is shut. “You’ve upset her. Mum knows she’s here to help out, but she’s tired and jetlagged right now. You didn’t have to be so hard on her.”

“Listen.” Oliver pulls his T-shirt off over his head. “Just listen. The whole time back from Boston? She went on and on about how she was looking forward to having a nice holiday, and you’d take her here, and you’d take her there. She’s got a whole bloody itinerary worked out. She doesn’t seem to realise that you’re delivering twins at some point during her stay, because twice she said something like, “Ah well, I expect I’ll feel better when I go back home, because Libby will be looking after me.’ She doesn’t seem to realise that you’re the one who needs looking after.”

My mum would never do that.

That would be behaving like Oliver’s mum. Wouldn’t it?

Next morning, I wake up before Oliver, still cross with him, and feeling doubly defensive towards my mother.

I get out of bed, and plod downstairs to make some tea before Jack awakes.

Mum’s in the kitchen, sitting at the table, staring into space, with a half-empty mug of instant coffee in front of her. I automatically take the mug off her. The liquid is stone cold, so she’s evidently been sitting there for a while.

We ascertain that we both slept as well as could be expected, given our respective disabilities of gestation and time zone disorientation, then I refill the kettle, and unlock the dishwasher to unload the clean dishes.

This last chore has got increasingly difficult as I’ve become bigger, especially when I have to bend down to empty the lower shelf. From today, I realise, I don’t have to struggle. I can ask Mum to do it.

Silently, I empty the cold coffee out of the mug, and reach into the cabinet for the jar of instant Folger’s.

“Have you got any real coffee? I’ve already had one of the powdered kind,” Mum says. “I didn’t come all the way to America for instant coffee.” She leans down, rummages in her Mary Poppins bag at the side of the chair, and fishes out a bumper book of word search puzzles.

I put the Folger’s jar back and pull out the grinder and coffee maker instead,. Then I go to the freezer and root around at the back of the top shelf; somewhere, I recall, we have a bag of coffee beans, last used when Anita and Charlie came round one morning.

“So,” says Mum, busily circling words in one of the puzzles. “Where are we going today? How about you driving us back into Boston? I’ve read all about the Freedom Trail. It’ll be a lovely walk for us all. Ooh, you know — I’m going to have such a lovely holiday while I’m here.”

Click here to read Libby’s Life from the first episode

STAY TUNED for Friday’s post, when we debate which side of the Pond parties harder and better.

Uncategorized Expat novelists, Fiction Writers, It's Fiction!, Libby's Life, UK, USA
← How to throw a party for a bunch of global nomads Interesting celebrations around the world, as selected by Canada’s famed Dr Magister →