Are Brit international creatives better than their Yankee counterparts? 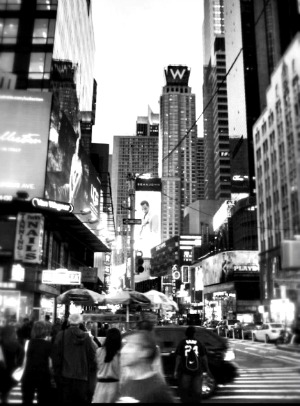 When Chariots of Fire screenwriter Colin Welland won his Oscar in 1981, his acceptance speech began with him somewhat obnoxiously and ungraciously proclaiming: “The British are coming!”

Unlike Paul Revere, this wasn’t intended as a dire warning to fellow Americans, but was rather a British boast about perceived creative superiority over the transatlantic cousins.

Ultimately, the renaissance of British cinema that Welland envisaged did not materialize, but though that particular “British invasion” did not in the end occur, the US has since . . . oh, let’s say since 1812 . . . endured a number of British invasions: from Dickens’s arrival in Boston in 1842, to Oscar Wilde’s statement to a US customs officer that he had nothing to declare but his genius (which I would certainly not advise anyone that they should try to use that line in JFK), to the Beatles’ first performance on the Ed Sullivan Show in 1964 (considered the beginning of the British Invasion in music).

If David Carr’s recent column in the New York Times, entitled “British Invasion Reshuffles U.S. Media,” is correct, then we may be in the grip of another one. The genesis for this piece has been John Oliver‘s recent, perfectly competent portrayal of a bamboozled substitute teacher on The Daily Show.

Carr’s contention is that at the moment “everywhere you look in the United States media landscape, you find people from [Britain]”:

Piers Morgan came from Britain to take over for Larry King, the Wall Street Journal is edited by Gerard Baker, a British newspaper veteran, and the chief executive of the New York Times is Mark Thompson, who spent his career at the BBC. Anna Wintour has edited Vogue for more than two decades and, more recently, Joanna Coles took over Cosmopolitan, which defines a certain version of American womanhood.

The list goes on, but the point is made: when it comes to choosing someone to steer prominent American media properties, the answer is often delivered in a proper British accent.

But, as the title of this post asks, the British better at being international creatives than their American counterparts? Are we more fearless?

The examples that Carr puts forward are compelling, even if we may have to suspend our imagination and hope our stomachs do not turn too much in allowing Piers Morgan to be considered a “creative.”

However, I am unconvinced in a post-Leveson world that there is inherently anything better or more attractive about British media operators when set alongside their American counterparts.

Of course, that does not alter that it is inarguable that New York media finds itself with a number of prominent Brits.

Carr hits on one of the main reasons for this — London:

“Los Angeles, New York and Washington all have their domains, while in Britain, there is only London, a place where entertainment, politics and news media all live in the same petri dish.”

In an increasingly international world, a world in which the super elite can be found in a select number of super cities, it is only to be expected that large New York media empires would be selecting from a fairly small pool. They’ll look to New York and London — the two major English-speaking super cities.

It is perhaps a complete misconception that for the purposes of this question we think in terms of America and Britain, as if to make out an otherness between each party, when they share status as super city elites.

The true “other” would be the newspaper man from Minnesota or the TV station manager from Louisville. I know from my own anecdotal experience of MBA grads from top US business schools that the majority that I know are in New York or London. This is just the new normal — it is hardly surprising that it is reflected in New York’s media executives.

It is also noticeable to anyone who has spent any time in the UK that while a struggling, gasping industry, print media is more alive in the UK at present than it is in the US.

The result of this is that they are a large number of British candidates that would be attractive to US companies in the position to headhunt a new executive.

A final factor is the attraction of “success” in the US for Brits. I don’t say this lightly, but take a look at Piers Morgan’s twitter account . . . I know, I know . . . awful, isn’t it? However, a quick look through a random selection of Morgan’s twitter will soon reveal a man who enjoys boasting — or if I’m being more generous, teasing — other British celebrities who have no profile in the US.

Success in the US seems greater, somehow. There is a pull there that is irresistible. There is romance to it. “If I can make it there, I can make it anywhere.” What do all the many American CEOs heading boardrooms in London get to sing to themselves?

STAY TUNED for tomorrow’s post, an interview with our featured author of the month, Rosie Whitehouse.

5 things de Tocqueville can teach expats to US

I imagine that over the last two or so years the rapid rise of the iPad and other tablet devices has led to a decline in the use of toilet libraries, by which I mean those little collections of books many people keep in their bathrooms for those leisurely times when they have a particularly challenging movement to sit through (perhaps you have your own toilet library. Feel free to share your favorite reads in the comments below).

My own toilet library shows me to be a rather self-righteous, aspiring autodidact. Among my little pile can be found Empires of the World by Nicholas Ostler, The Oxford Book of English Poetry, and Bertrand Russell’s History of Western Philosophy. The books are all left there in the rather grand belief that in the privacy of the privy I might finally learn something. That’s all gone to pot since I got an iPad as I now simply read twitter or play Football Manager on there instead. The books are, sadly, left mostly unread.

One book that should be added to the above trinity – and one that I have fitfully gone through in the last few years – is de Tocqueville’s Democracy in America. When I moved to the US it seemed, unsurprising enough, a cornerstone text that I should familiarize myself with.

For those who don’t already know, Democracy in America  is a study in American society by an aristocrat from Normandy, Alexis de Tocqueville. He journeyed to America in 1831 when he was sent, along with Gustave de Beaumont, to look into the American penal system, although natural curiosity led to both men investigating a lot more than just prisons.

Book II of Democracy in America, in particular, can move me away from reading twitter and reading an actual book. Its short chapters mark it as perfect for inclusion in any toilet library, and it is extremely perceptive into America and Americans. With that in mind, here’s 5 thing that de Tocqueville can teach expats to the US

Warning: de Tocqueville scholars should look away now. No insightful analysis will be found here.

5. An outsider can bring an interesting perspective to US society

Yesterday two of my least favorite people met on CNN, Piers Morgan and Alex Jones (what incidentally is the collective noun for gits?). Jones, a conspiracy theorist firebrand, was behind the recent campaign to have Piers Morgan in light of his views on gun control. Jones screamed “1776!” over and over again at Morgan as well as calling him a “redcoat”. Morgan’s views on gun control aren’t particularly out-of-the-ordinary within the mainstream media, but his foreignness means that, for some, it is doubly offensive when he attacks a text (the second amendment) that they consider sacrosanct.

Morgan clearly is not a modern de Tocqueville, but it is worth remembering that your own outsider status allows you to see US society with fresh eyes and that you can, respectfully and tactfully, challenge certain assumptions.

4. Regardless of how irritating it is when misused, theoretically American exceptionalism is a fascinating, even wonderful, thing.

Most non-Americans understandably roll their eyes when US politicians, particularly when seeking election, proclaim the US as the greatest country in the world, a country unlike any other that is innately superior. That most US political rallies don’t end with a rousing chorus of “America, f#@k yeah!” from Team America is surprising.

However, the first person to describe America as exceptional was de Tocqueville, and in his writings you’ll find that there is much talk of America as a democratic society as opposed to those Monarchic, aristocratic societies of the Old World. It serves as a reminder that America, for all its faults, is founded upon impressive ideals. The main idea underpinning exceptionalism is not American superiority, but that it is qualitatively different from other nations, the first to build an identity based upon its independence. We can certainly debate that this exceptionalism is no longer the case, but in de Tocqueville’s period I do not think it a contentious claim – indeed, it’s an exciting and invigorating thought.

3. Cynicism need not be the default mode for the Western European dealing with America.

2. “Never mind the quality, feel the length.” A reminder of the sheer size of America.

The America that6 de Tocqueville visited is half the size that the country is now. But the America of the 1830s was a still a vast land and Democracy in America is, in its own dry way, a travelogue to a new land of strange sights. New expats to the US would do well to remember that they don’t just have a country to discover, but a continent.

1. The gift that keeps giving.

The first thing that you many notice about Democracy in America is that it is a hefty tome. For those expats blogging about life in US, you need never worry that you’ll be short of material. The US really is the gift that keeps giving. Look at dear departed Alistair Cooke, he managed to keep ploughing this particular field for over 60 years. You may never fully understand this country, but you can have an interesting time coming to terms with it.

STAY TUNED for tomorrow’s post on reads to tickle the expat’s imagination and intellect.