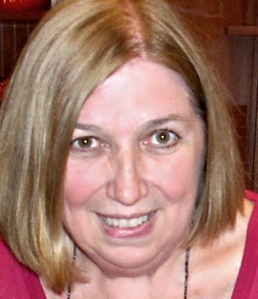 Place of birth: In a farmhouse belonging to my paternal grandparents near Pelham, Tennessee, on a snowy December night
Passport: USA
Overseas history: Italy (Marina di Pisa, Livorno, Rome): 1969-70; 1970-71; 2002 – present.
Occupation: Crime Writer. My protag is an Italian American journalist rebuilding a career as a food writer in Italy. She first appeared in “Feeding Frenzy,” one of the mystery stories in Fish Tales: The Guppy Anthology, edited by Ramona DeFelice Long (Wildside Press, 2011). She’s waiting in the wings in an as yet unsold manuscript, set in Rome. She will solve another crime in the novel I’m beginning next week (for National Novel Writing Month), set in Florence.
Cyberspace coordinates: Italian Intrigues — Notes about life in Italy, food and wine, mysteries and crime (blog); Novel Adventurers — Seven writers blog about their passion for culture, travel, and storytelling (collaborative blog); @patriciawinton (Twitter handle); and Novel Adventurers (FB page).

What made you abandon your homeland for Italy?
I had the opportunity to come live in Italy when I was quite a young woman, and I lost my heart to the land, the people, and the cuisine — not to mention the wine. I talked about coming back to live for years, but life intervened. Following 9/11 (I worked a block from the White House at the time), I really felt my mortality and decided it was time to make the move. Or to stop talking about it.

Was anyone else in your immediate family displaced?
One of my sisters lived in Panama for three years. Another lives in New Mexico, a state that many people think is a foreign country. One classic example: New Mexicans had trouble trying to get tickets to the Atlanta Olympics and were told to go the the Mexican consulate. The situation is so ridiculous that New Mexico Magazine runs a monthly column called “One of Our 50 Is Missing.”

Tell me about the moment during your various stays in Italy when you felt the most displaced.
“Bureaucracy” may be a French word, but the Italians invented it. If you don’t believe me, I invite you to consider the Biblical story of Christmas: a decree went out from Caesar Augustus that all the world should be taxed, each to his own city.

Getting together the paperwork to file for permanent residency was a nightmare. After almost a year of compiling documents, it all came down to what the Italians saw as a discrepancy: my passport lists my place of birth as Tennessee while my birth certificate, issued by the state of Tennessee, listed my place of birth as Pelham. Getting that sorted out took six months. During the interregnum, every document including my permission to stay expired. I couldn’t renew anything until the residency question was settled.

When did you feel the least displaced?
It’s always at table. On the edge of a Tuscan vineyard enjoying homemade pasta and good wine, sharing laughter with friends. Before a roaring fire in a chilly stately home with simple chicken and salad, but more laughter and wine. With a group of strangers in at a local market luncheonette, querying a table-mate about her meal and being offered a share.

You may bring one curiosity you’ve collected from each of the countries where you’ve traveled or lived into The Displaced Nation. What’s in your suitcase?
A morsa di prosciutto (prosciutto holder). While most prosciutto crudo sold in Italy as elsewhere is machine-sliced, traditional purists want it cut by hand. To hold the ham steady, it’s placed in the morsa, a large clamp that hold it, while a knife is used to slice.

Hmmm… I hope it won’t be deployed by the murderer in one of your crime novels as an instrument of torture! I understand that when you first went to Italy, you learned to make pasta by hand, and then took a pasta machine back to the United States, where you taught many others how to make it, while also writing a food column for a newspaper. We are therefore looking forward to the meal you are invited to prepare for Displaced Nation members, based on your travels. What’s on the menu?
Indeed, I’ll be serving a traditional Italian meal:
Antipasto (appetizer): Fiori di zucca faraciti (zucchini blossoms stuffed with mozzarella and anchovies, dipped in batter and fried)
Primo piatto (first plate — traditionally the pasta, rice, or soup course): Gnocchi di Zucca alla Gorgonzola (pumpkin dumplings with gorgonzola sauce)
Secondo piatto (main course): Grigliata Mista di Pesce (mixed fish grill)
Contorni (vegetable accompaniment): Finocchio (fennel)
Frutta: Pesca (peach)
Dolce (dessert): Tiramisù
Bevande (drinks): Acqua minerale frizzante (fizzy mineral water); and Falanghina (white wine made from one of the oldest grapes grown in Italy) .

And now can you please suggest an Italian word or expression for the Displaced Nation’s argot?
One that I’m currently enjoying is in gamba, meaning “in the leg.” In general, it means “to be an expert” or “to be good at what you do.” But it means so much more. I wrote an extensive piece about the phrase at Novel Adventurers recently.

Halloween is nearly upon us, and many of our posts of late have been about horror and that sort of thing. Tell me, do you keep up American Halloween celebrations in Rome?
I haven’t really celebrated Halloween since I was a child. I spent much of my adult life working on political campaigns. With Halloween falling days before the election, I never seemed to get organized for it. Here in Italy, it’s a relatively new holiday and more for adults than children, really. Children dress up for carnival, wearing their costumes to school for days before Martedì Grasso (Italian for Mardi Gras).

There are Halloween-related items for sale (plastic Jack O’ Lanterns and such), but no pumpkins for making Jack O’ Lanterns. Those are reserved for cooking. If I do anything to celebrate, I cook pumpkin, either as a vegetable or as part of the primo piatto.

Also in keeping with the season, we’ve started exchanging expat horror stories on the site. What’s the creepiest situation you’ve encountered on your travels?
The creepiest thing that ever happened to me occurred many years ago on a train from Munich to Florence. It started off pleasantly enough. I shared a compartment with five or six other people. A couple of them spoke only German. One woman spoke Italian and German, a man spoke German and English, and I spoke English and Italian. We had a polyglot conversation, with people translating for others and listening to see how much of the foreign tongues we could decipher. It was lots of fun. They all left the train before I did, and each warned me to be careful on my long journey as they descended one by one.

Alone, I moved near the window, and the rocking of the train lulled me to sleep. Quite some time later, I was awakened by the conductor turning on the lights to check tickets. I discovered that I had been joined in the compartment by a man who was in the act of pleasuring himself in the dark while I slept.

Now THAT’s creepy! Readers — yay or nay for letting Patricia Winton into The Displaced Nation? Not only can she cook, but she can tell a shocking story! (Note: It’s fine to vote “nay” as long as you couch your reasoning in terms we all — including Patricia — find amusing!)