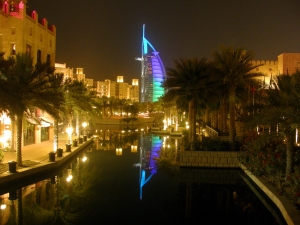 Welcome to the first in a new occasional series, “Displace Yourself”, where we look at different countries popular among expats, and find background reading for those who might be contemplating a move.

Inside Scoop  —  on practicalities

About the author:
A native of Halifax, Nova Scotia, Anne has been an expat since 1993, when she swapped central heating in Canada for air-conditioning in Florida, Dubai and Thailand.

Overview of book:
“From getting a work permit to finding a WiFi hotspot… or even connecting with a fun sport or social group, @Home in Dubai has the inside scoop on how to get it done. Knowing the drill is half the battle and O’Connell, and other expats who weigh in with their advice and experiences, are happy to share a few ‘how tos’. ” (Amazon product description)

One reader’s review:
“It was Anne’s wealth of information that let me slip into life in Dubai with relative ease. How thoughtful of her to have put it all down in writing so that others can benefit from her experience and avoid some of the pitfalls of not exact or missing information or the ever present uninterested, ill-informed clerk.” (Katie Foster, at Arabian Tales And Other Amazing Adventures.)

Inside Scoop — from one who returned

One Year in Wonderland: A True Tale of Expat Life in Dubai
by Christopher Combe
Published July 2011

About the author:
Christopher Combe lives near York, England, and through his work has traveled to the USA, the Middle East, Far East, and much of Europe. “One Year in Wonderland” was his first book, published in July 2011. His second, “You Are My Boro: The Unlikely Adventures of a Small Town in Europe” was released in December 2011.

Overview of book:
“Based on the popular blog “Beer And Bloating in Dubai“, this is the story of one British family’s year in Dubai, presenting a forthright, funny and poignant outlook on their experiences. Written between the summers of 2006 and 2007, it offers a peek at what the city is like through the eyes of one mad fool who took the plunge.” (Goodreads)

One reader’s review:
‘It is accurate and straight talking, and very amusing in parts too, and it does paint a very realistic picture of the good and bad of expat life, or rather, what life is like for some expats in DXB. As a book, it still reads very much like a blog and perhaps a bit more content and context could have been added to fill it out some to make a better book, but as it is, it makes for a succinct and funny report on Dubai life.” (Amazon.co.uk review)

Inside Scoop — the good, the bad, and the not so pretty

City of Gold: Dubai and the Dream of Capitalism
(Published in UK as Dubai: The Story of the World’s Fastest City)
by Jim Krane
Published September 2009

About the author:
Journalist Jim Krane has had a long and varied career as reporter for the Associated Press in Dubai, Baghdad, and Afghanistan, and as an AP business writer in New York, focusing on technology news. He is the winner of several journalism awards, including the 2003 AP Managing Editors Deadline Reporting Award, for coverage of Saddam Hussein’s capture in Iraq. Jim Krane lives in Cambridge, England.

Overview of book:
“Jim Krane charts the history of Dubai from its earliest days, considers the influence of the Maktoum family which has ruled since the early nineteenth century, and looks at the effect of the global economic downturn on a place that many tout as a blueprint for a more stable Middle East.” (Author’s website)

One reader’s review:
“Krane rightly highlights Dubai’s dark side. Indeed, local UAE bookstores are not selling it because there is sensitivity to what he writes. He doesn’t pull punches–either about human rights and labor abuses, prostitution, or Dubai’s difficult balancing act between the US and Iran, or about the short-sighted Arab-bashing in the US Congress that characterized the Dubai World ports deal. Krane calls ’em like he sees ’em. “City of Gold” is an enjoyable and eye-opening read.” (Amazon.com review)

Inside Scoop — behind closed doors

About the author:
Born in Croatia and raised in Sudan, Zvezdana Rashkovich has since lived in Egypt, Iraq, USA, and Qatar. She currently lives in Dubai, where she is writing a novel based on her life in the Sudan.

Overview of book:
“A stirring tale encompassing tradition, identity, and faith, Dubai Wives takes the reader into a hidden world behind the walls of lavish mansions and into the desperate back alleys of Dubai; from the hills of Morocco to the gloomy English countryside and from the slums of India to the glittering lights of the Burj Al Arab.”
(From author’s website)

One reader’s review:
“The author’s greatest strength lies in showcasing the ethnic and cultural diversity of the city. There is Jewel in her Swarovski embroidered abaya, humiliated by her husband’s infidelity, the Romanian Liliana dancing in a seedy nightclub, Cora the Filipino maid desperate to rid herself of an unwanted pregnancy and plain English Jane whose Dubai make-over includes plastic surgery and belly dancing lessons as she relentlessly pursues a transformation into glamour.” (Amazon.com review)
.

STAY TUNED for Wednesday’s post, another in our new series where we investigate if you really can “go home again.”

Uncategorized Dubai, Memoir | Travel | Food Writers, What a Displaced World, Writers we love
← Which country produces the people who travel the farthest, the longest — and with the most credit cards? LESSONS FROM TWO SMALL ISLANDS — 2) Keep calm and learn to enjoy imperfection →